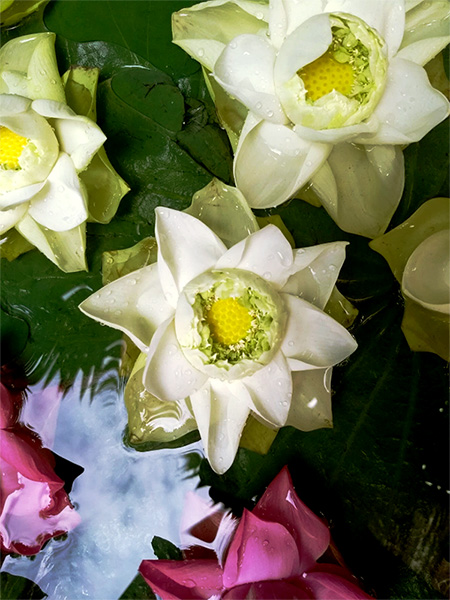 ” This “switch from essentialist thinking to [interactional] thinking” is also the focus of the second school of Indian Buddhist Mahāyāna philosophy, Yogācāra (4–7th c. ce). Grounded in the logical critiques of essentialism articulated by the Mādhyamikans, Yogācārin philosophers emphasized their epistemological implications. They argued that the basic epistemological problem—and hence the basic spiritual problem—is that we falsely imagine (abhuta-parikalpita) that the subjective dimension of experience is truly separable from the objective dimension, that we actually are independently existing subjects distinct and separate from equally independently existing objects. They claim, moreover, that we ordinarily and nearly universally reify our experiences into exactly this kind of subject-object dualism, and that, to our detriment, we think and act as if we were isolated, reified entities rather than thoroughly embedded in complex causal relations.

This “imagining the nonexistent” not only imagines that we are separate from the larger causal networks in which we are embedded, it also encourages us to ignore the effects of our actions (karma) on the larger world. That is, the Yogācārins argue that such reifications, and the philosophies articulating them, like Cartesian dualism (and its derivative, reductive materialism), are not only incoherent, they are also harmful. We can, they argue, see more clearly, think more coherently, and act more constructively when we fully comprehend the causal embeddedness of our lives and adjust our actions accordingly. An important part of this constructive program is developing conceptions of mind and world that reflect this causal embeddedness. In this process, one eventually comes to recognize that both subject and object are “dependent on others” (paratantra), a realization that, when “fully perfected” (pariniṣpanna), becomes the ultimate realization in Yogacara thought. Hence, well conceived causal models are not only important for understanding the world, but for Indian Buddhists at any rate they also have a spiritual dimension as well.

From “A Buddhist Critique of Cartesian Dualism in the Cognitive Sciences: Naturalizing Mind and Qualia”, by William S. Waldron
Loading Comments...