“Mindfulness is nothing more than basic concentration training. Although derived from Buddhism, it’s been stripped of the teachings on ethics that accompanied it, as well as the liberating aim of dissolving attachment to a false sense of self while enacting compassion for all other beings.

What remains is a tool of self-discipline, disguised as self-help. Instead of setting practitioners free, it helps them adjust to the very conditions that caused their problems. A truly revolutionary movement would seek to overturn this dysfunctional system, but mindfulness only serves to reinforce its destructive logic. The neoliberal order has imposed itself by stealth in the past few decades, widening inequality in pursuit of corporate wealth. People are expected to adapt to what this model demands of them. Stress has been pathologised and privatised, and the burden of managing it outsourced to individuals. Hence the pedlars of mindfulness step in to save the day.

But none of this means that mindfulness ought to be banned, or that anyone who finds it useful is deluded. Reducing suffering is a noble aim and it should be encouraged. But to do this effectively, teachers of mindfulness need to acknowledge that personal stress also has societal causes. By failing to address collective suffering, and systemic change that might remove it, they rob mindfulness of its real revolutionary potential, reducing it to something banal that keeps people focused on themselves.

[…]
Mindfulness advocates, perhaps unwittingly, are providing support for the status quo. Rather than discussing how attention is monetised and manipulated by corporations such as Google, Facebook, Twitter and Apple, they locate the crisis in our minds. It is not the nature of the capitalist system that is inherently problematic; rather, it is the failure of individuals to be mindful and resilient in a precarious and uncertain economy. Then they sell us solutions that make us contented, mindful capitalists.

[…]
Mindfulness has been oversold and commodified, reduced to a technique for just about any instrumental purpose. It can give inner-city kids a calming time-out, or hedge-fund traders a mental edge, or reduce the stress of military drone pilots. Void of a moral compass or ethical commitments, unmoored from a vision of the social good, the commodification of mindfulness keeps it anchored in the ethos of the market.

In Selling Spirituality: The Silent Takeover of Religion, Jeremy Carrette and Richard King argue that traditions of Asian wisdom have been subject to colonisation and commodification since the 18th century, producing a highly individualistic spirituality, perfectly accommodated to dominant cultural values and requiring no substantive change in lifestyle. Such an individualistic spirituality is clearly linked with the neoliberal agenda of privatisation, especially when masked by the ambiguous language used in mindfulness. Market forces are already exploiting the momentum of the mindfulness movement, reorienting its goals to a highly circumscribed individual realm.

Mindfulness is easily co-opted and reduced to merely “pacifying feelings of anxiety and disquiet at the individual level, rather than seeking to challenge the social, political and economic inequalities that cause such distress”, write Carrette and King. But a commitment to this kind of privatised and psychologised mindfulness is political – therapeutically optimising individuals to make them “mentally fit”, attentive and resilient, so they may keep functioning within the system. Such capitulation seems like the farthest thing from a revolution – more like a quietist surrender.

[…]
A truly revolutionary mindfulness would challenge the western sense of entitlement to happiness irrespective of ethical conduct. However, mindfulness programmes do not ask executives to examine how their managerial decisions and corporate policies have institutionalised greed, ill will and delusion. Instead, the practice is being sold to executives as a way to de-stress, improve productivity and focus, and bounce back from working 80-hour weeks.

[…]
Should we celebrate the fact that this perversion is helping people to “auto-exploit” themselves? This is the core of the problem. The internalisation of focus for mindfulness practice also leads to other things being internalised, from corporate requirements to structures of dominance in society. Perhaps worst of all, this submissive position is framed as freedom. Indeed, mindfulness thrives on doublespeak about freedom, celebrating self-centered “freedoms” while paying no attention to civic responsibility, or the cultivation of a collective mindfulness that finds genuine freedom within a co-operative and just society.

[…]
Rather than being used as a means to awaken individuals and organisations to the unwholesome roots of greed, ill will and delusion, mindfulness is more often refashioned into a banal, therapeutic, self-help technique that can actually reinforce those roots.

[…]
Perhaps the most straightforward definition of neoliberalism comes from the French sociologist Pierre Bordieu, who calls it “a programme for destroying collective structures that may impede the pure market logic”. We are generally conditioned to think that a market-based society provides us with ample (if not equal) opportunities for increasing the value of our “human capital” and self-worth. And in order to fully actualise personal freedom and potential, we need to maximise our own welfare, freedom, and happiness by deftly managing internal resources.

[…]
We are trapped in a neoliberal trance by what the education scholar Henry Giroux calls a “disimagination machine”, because it stifles critical and radical thinking. We are admonished to look inward, and to manage ourselves. Disimagination impels us to abandon creative ideas about new possibilities. Instead of seeking to dismantle capitalism, or rein in its excesses, we should accept its demands and use self-discipline to be more effective in the market. To change the world, we are told to work on ourselves — to change our minds by being more mindful, nonjudgmental, and accepting of circumstances.

[…]
The ideological message is that if you cannot alter the circumstances causing distress, you can change your reactions to your circumstances. In some ways, this can be helpful, since many things are not in our control. But to abandon all efforts to fix them seems excessive. Mindfulness practices do not permit critique or debate of what might be unjust, culturally toxic or environmentally destructive. Rather, the mindful imperative to “accept things as they are” while practising “nonjudgmental, present moment awareness” acts as a social anesthesia, preserving the status quo.

[…]
We are also promised that we can gain self-mastery, controlling our minds and emotions so we can thrive and flourish amid the vagaries of capitalism.As Joshua Eisen, the author of Mindful Calculations, puts it: “Like kale, acai berries, gym memberships, vitamin water, and other new year’s resolutions, mindfulness indexes a profound desire to change, but one premised on a fundamental reassertion of neoliberal fantasies of self-control and unfettered agency.” We just have to sit in silence, watching our breath, and wait.

From “The mindfulness conspiracy”, by Ronald Purser (2019)

“From the start of your training under a wise master, have no recourse to incense offerings, prostrations, recitation of buddha names, repentances, or sutra reading. Just sit in meditation and attain the dropping off of mind and body.”

From ‘Bendōwa’ (辨道話 – Discourse on the Practice of the Way), in the Shōbōgenzō, by Eihei Dogen

“When you are attached to outer form, to meritorious practices and performances, this is a deluded understanding that is out of accord with the Way.”

The root word “budh” means to wake up, to know, to understand. A person who wakes up and understands is called a Buddha. It is as simple as that. The capacity to wake up, to understand, and to love is called Buddha nature. When Buddhists say, “I take refuge in the Buddha,” they are expressing trust in their own capacity of understanding, of becoming awake. The Chinese and the Vietnamese say, “I go back and rely on the Buddha in me.” Adding “in me” makes it very clear that you yourself are the Buddha.

the Buddha said, “Sometime, somewhere you take something to be the truth. If you cling to it so much, when the truth comes in person and knocks at your door, you will not open it.” Guarding knowledge is not a good way to understand. Understanding means to throw away your knowledge. You have to be able to transcend your knowledge the way people climb a ladder. If you are on the fifth step of a ladder and think that you are very high, there is no hope for you to climb to the sixth. The technique is to release. The Buddhist way of understanding is always letting go of our views and knowledge in order to transcend. This is the most important teaching. That is why I use the image of water to talk about understanding. Knowledge is solid; it blocks the way of understanding. Water can flow, it can penetrate any thing..

From “Being Peace”, Thich Nhat Hanh

“So we don’t practice zazen to attain some big enlightenment that will change our whole being or solve all our problems. That is not the right understanding. That may be what people call “Zen”, but true Zen is not like that. […] Forgetting all about any idea of gaining anything, we just sit there.”

From ‘Resuming Big Mind’, in “Not Always So”, by Shunryu Suzuki 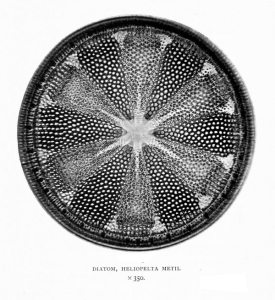 “The basic idea of Zen is to come in touch with the inner workings of our being, and to do this in the most direct way possible, without resorting to anything external or superadded. Therefore, anything that has the semblance of an external authority is rejected by Zen.”

from ‘An Introduction to Zen Buddhism’, by D.T. Suzuki

” […] the way to study true Zen is not verbal. Just open yourself and give up everything. Whatever happens, whether you think it is good or bad, study closely and see what you find out. This is the fundamental attitude. Sometimes you will do things without much reason, like a child who draws pictures whether they are good or bad.”

‘Finding out for Yourself’ (from ‘Not Always So’, by Shunryu Suzuki)
Loading Comments...