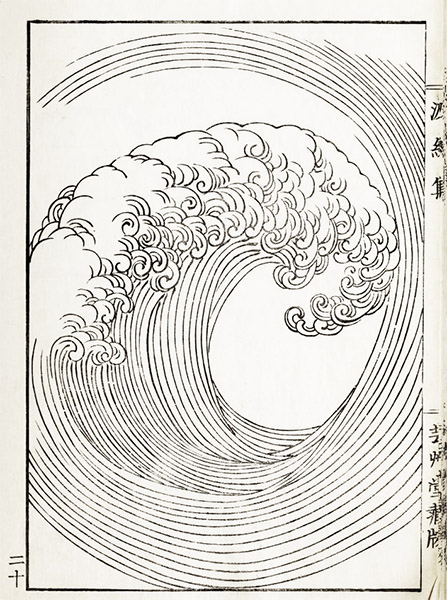 Nevertheless, one of the fundamental teachings of consciousness-only theory consists in bringing to light the inauthenticity of this discriminating mind. The standpoint of discrimination is that of placing the ego-self in the center, regarding the things of the so-called external world, and becoming attached to them. But attachment to things is only the other side of attachment to self. It is a twofold process: in the course of being attached to itself, the ego-self is attached to things, and in the course of being attached to things, it is attached to itself. While dividing self and things, it is tied to things and hence can neither truly become one with things nor truly become one’s self. This mode of being is an essential, intrinsic aspect of the human mind; but regarded from the field of the alaya-consciousness which forms the basis of this discriminative mind, the standpoint of the latter proves to have no foundation in truth whatsoever, to be “imaginary in nature” (parikalpita svabhava).

Discriminative knowledge is essentially falsehood (abhuta parikalpa). Yet at the same time, considering the essential connection between the seventh consciousness which is the seat of the discriminating mind, and the eighth or alaya-consciousness, we can see how difficult it is to shake off this falsity. For the alaya-consciousness which becomes the ground for pointing out the falsity of discrimination is at the same time the hidden root of discrimination; the two are as inseparable as roots from the earth. Therefore, in order to free oneself from the discriminating mind and negate its falsity, one must break through the eighth as well as the seventh consciousness. To crack the rigid frame of the ego-self, the force binding the frame together must also be torn loose from its roots up. This great latent force, determining the apparently free discriminative activity of the ego-self from within its hidden depths, imparts to it the character of necessity called karma. The connection between the seventh and eighth consciousnesses can in this sense also be designated the “karma-consciousness” of The Awakening of Faith in the Mahayana. Breaking through the frame of the ego-self is only accomplished by cutting the roots of this karma-consciousness which reach to its depths. This is the meaning of Zen master Hakuin’s saying, “Slice right through the field of the eighth consciousness.” To cut through the mind of self-attachment that arises in the form of the ego-self is at the same time to go beyond the world (or the so-called “three worlds” of desire, form, and formlessness). This is the “great death” of Zen, which cuts through the roots of life and death for the first time.

From ‘Zen no Tashiba’ (The Standpoint of Zen), by Nishitani Keiji